BODEGA OTAZU: BETWEEN THE CANTABRIAN SEA AND THE PYRENEES

The palace of the Señorío de Otazu

Located only 60 kilometres from the Cantabrian Sea and 35 km from the Pyrenees, Bodega Otazu lies nestled in a small valley crossed by the river Arga and surrounded by the El Perdón and El Sarbil mountain ranges. It is the northernmost red wine producing winery in Spain.

It has 115 hectares under vine, composed of a rich diversity of soils, which makes it a prime location for producing unique wines with great personality. Due to the decomposition of loam on one side and alluvial soils on the other, 17 different kinds of soils have been identified, with a predominance of clay and gravel. The north-south aspect of the vineyards affords excellent exposure and distribution of the clusters. In order to control ripening and harvest at the most propitious time, the 115 hectares have been divided into 66 plots ranging from 1 to 5 hectares each, which are managed and monitored independently. The vineyards are also harvested separately, depending on their status and requirements. This combination of circumstances makes it an ideal place for growing vines, where by choosing the best fruit, each wine has a personality with similar features to the others, but yet marked differences too. 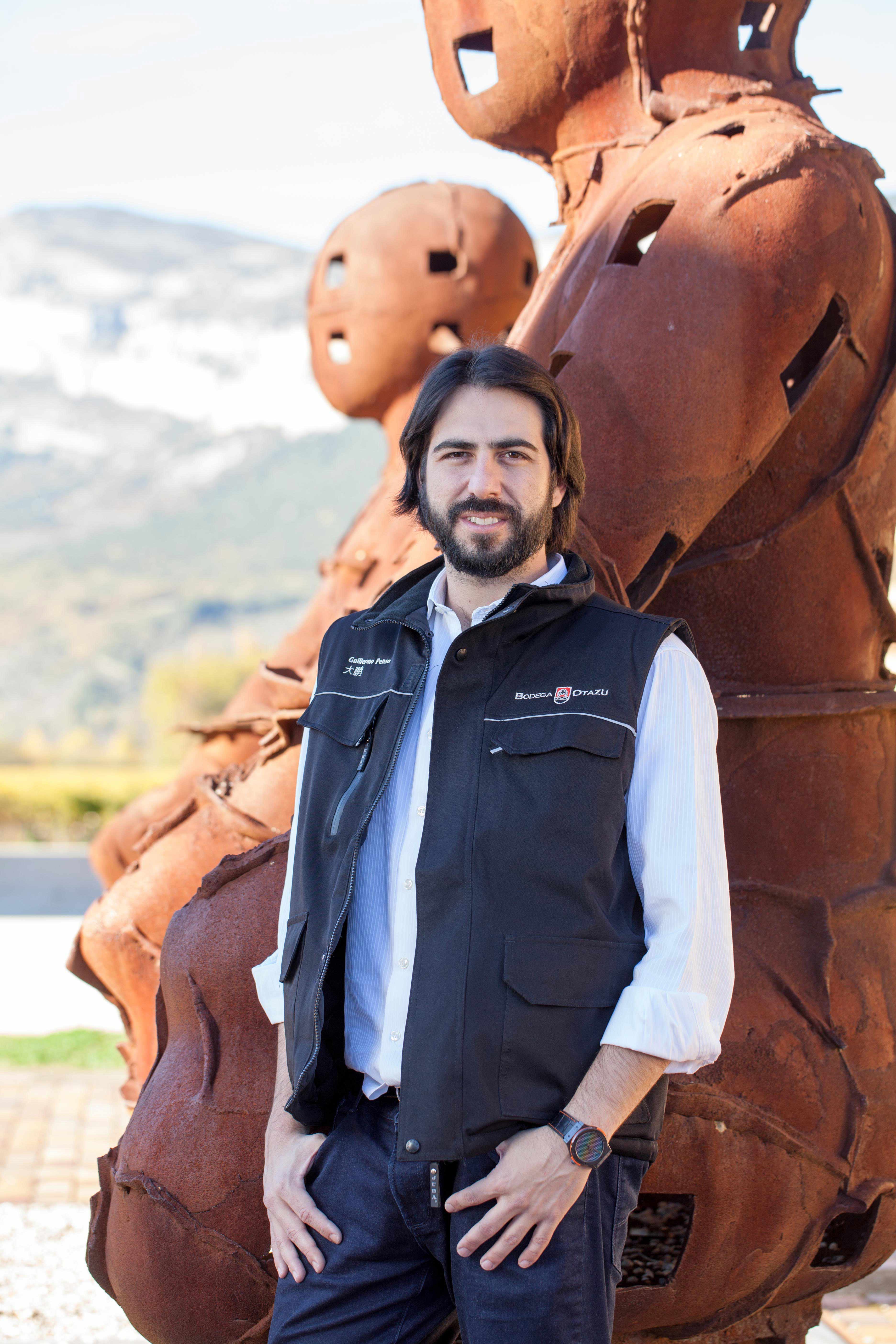 The philosophy of the winery is to produce quality wines that convey sense of place and the wealth of attributes with which its terroir is endowed. All the wines are therefore made entirely from grapes grown on the 115-hectare vineyard that surrounds the winery, which is home to Tempranillo, Cabernet-Sauvignon, Merlot, Chardonnay, Pinot Noir and Cabernet Franc. The vineyard boasts Protected Designation of Origin Pago (P. D. O. P.) Certification, the highest wine classification in Spain, which guarantees that each of its wines is selected and shows incomparable personality.

The wines are shaped by a unique microclimate influenced by the Atlantic Ocean, with rainfall of 800 – 1,100 mm/year and cool summers favouring slow ripening.  The climate imparts vivid colours, intense aromas and a fresh aftertaste to the wines. In addition, they show distinctive character stemming from perfect acidity in the grapes, so that the alcohol can be fully integrated. At the same time, this also allows for lengthy maturation in the barrel and the bottle. 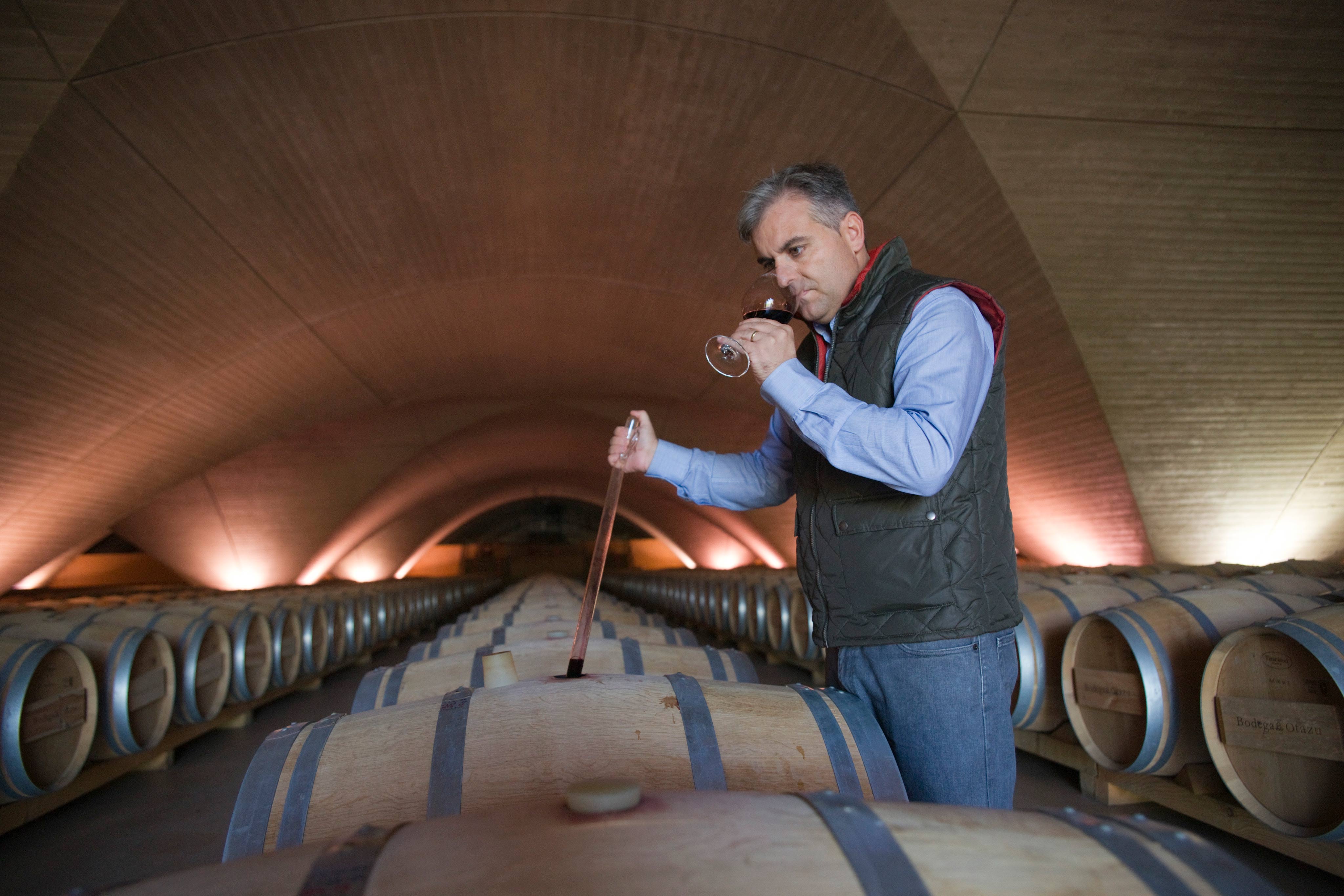 The history of Bodega Otazu

The tradition of winemaking at Otazu dates back to the 12th century when, due to its proximity to the river Arga, the land was located along the Camino de Santiago (The Way of St James). This is why the manor house complete with vineyards was established. Later, in 1840, a winery was built and was the first to be constructed in the French style, outside the town centre and on a separate estate. The building, preserved to the present day, was converted into the Museum of the Señorío de Otazu (Otazu Manor) after its rehabilitation, and equipped with cutting-edge technology for winemaking, ageing and bottling. Architecturally, its spectacular barrel room stands out and is internationally known as the ‘Cathedral of Wine’, with nine concrete vaults, the design and disposition of which are reminiscent of a cathedral.

By Santiago Jiménez – Photographs: Courtesy of the estates