Champagne: The significance of co-operative brands in export markets

Collet, Devaux, De Saint Gall, Esterlin... All of these household Champagne brands have one thing in common: they all belong to co-operative wineries. You would be hard pushed to guess that, though, such is the pride they take in promoting their respective brand names. The strategy has gradually allowed them to succeed in their own right in traditional overseas Champagne markets such as the United Kingdom, the Benelux countries, Italy and the United States. The logical next step would be to erase the identity of their member growers. But that is one step they all refuse to take.

2017 was a year of multiple record breaking. Fuelled by the vitality of the American, Asian and Australian markets, Champagne sales reached €4.9 billion for the first time in the appellation’s history. While domestic market share remained stable, exports increased by 6.6% compared to 2016 and 2.8 billion euros worth of Champagne were sold outside France. Three major industry strands now have a piece of the metaphorical Champagne pie: merchants, winegrowers and co-operatives. According to figures from the Champagne Co-operative Winery Federation (FCVC), co-operatives represent 14,000 out of the appellation’s 20,000 producers, i.e. 70%. 45% of area under vine in the Champagne appellation is farmed by co-operative winegrowers who belong to one of the 132 producer groups in the region. That’s for the numbers.

The roots of the co-operative wineries

The history of co-operatives dates back to the early 20th century. It all began with the creation of the producers’ organisation SGV in 1904. While the notion of appellation was in its infancy, more and more winegrowers felt the need to combat fraud, and at the same time establish balance of power with distributors so that Champagne producers could earn a living. Very quickly, organisation members became aware of the significance of co-operatives in applying the laws of supply and demand. The 1920s marked the birth of the first modern wine co-operatives; by joining forces, winegrowers now had a means of exerting pressure. A century later, Champagne co-operative wineries are still gaining traction and currently generate 1 billion euros in annual revenue, 42% from exports.

A brand image to promote

While they are proud of their history, co-operatives prefer to promote their brand image in foreign markets. Union Champagne therefore trades under the name of De Saint Gall for exports. Union Auboise is known to the general public as Champagne Devaux, while Cogevi, founded in 1920, has long since adopted the name of its flagship brand, Collet, to establish its presence in France and abroad. “We export a product and a brand, not a company”, explains Bertrand Glory, Collet's sales manager. “The concept of co-operative is completely unfamiliar to Asian or African consumers. What matters is the brand, and the desire to indulge oneself with an aspirational, quality product”. “The notion of brand goes hand in hand with a philosophy, which in turn is linked to a cellar master, executives and a region. The co-operative concept is more difficult to express to the general public”, confirms Jean-Noël Girard, Champagne Devaux's export director, who deplores the bad press given to producer groups. “Nobody never specifies that Moët & Chandon is a shipping company’s brand!” His viewpoint is shared by Marc Ferté, managing director of Union Champagne. “Co-operative is not an appealing word. It has long been associated with the image of a below-par product”. 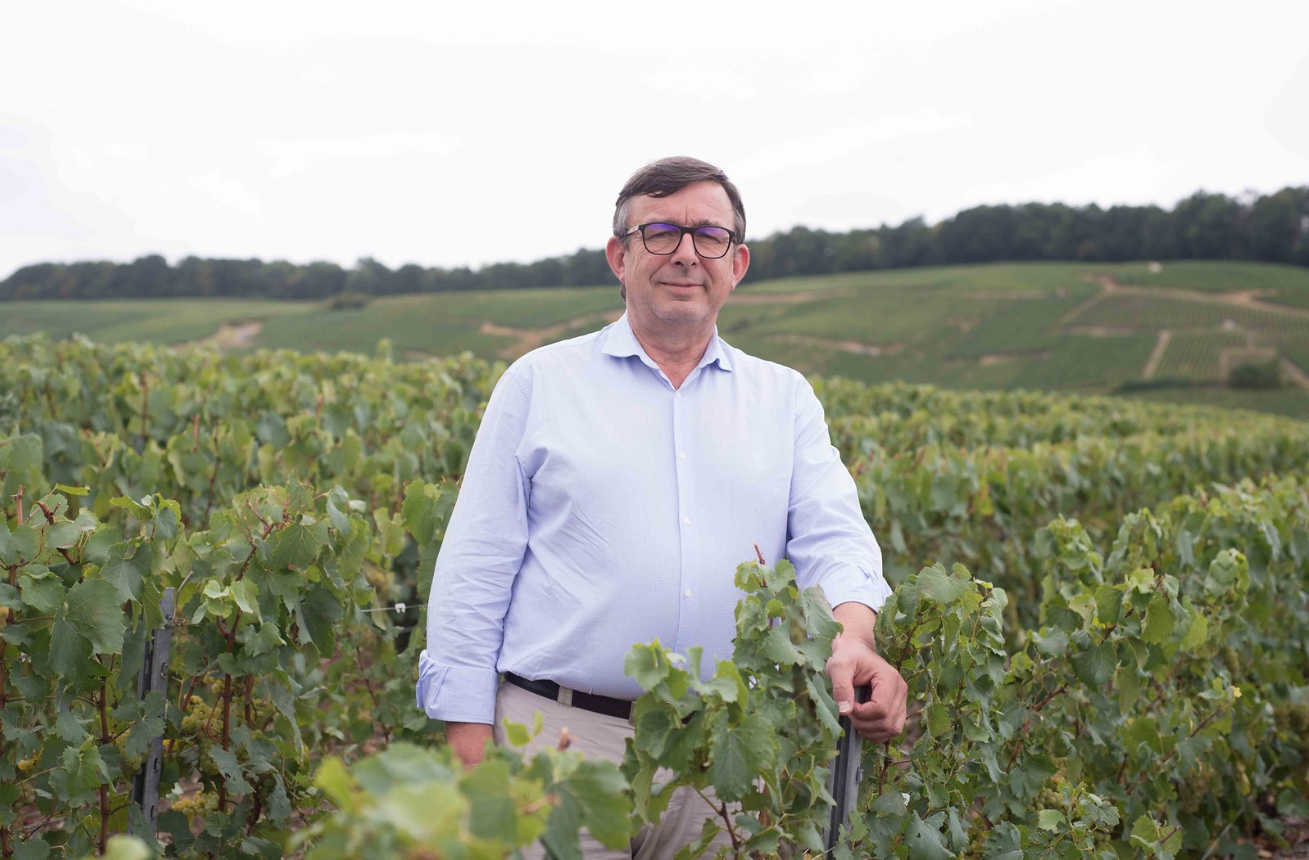 Marc Ferté, managing director of Union Champagne, claims that ‘co-operative’ is not a very appealing term

Co-operative winegrowers above all

Should the idea of co-operative be erased though in foreign markets? “Definitely not!” exclaims Frank Lesterlin, managing director of Champagne Esterlin. “Wines are at the crux of the matter – it is of paramount importance to explain how they are made, where and by whom, and to recount the journey of each grape before it gets to us. The idea of an association of winegrowers should not be ignored”. “The co-operative system has advantages and values to defend”, admits Marc Ferté. 2,500 growers are now members of Union Champagne. Champagne Devaux, on the other hand, relies for its supplies on around sixty winegrowers, spread throughout the Côte des Bars, the Côte des Blancs and Montgueux, while Champagne Esterlin has producers based in Mancy, Sézannais and Chapelle Monthodon. “We have the opportunity to get the best out of each vineyard site”, says Franck Lesterlin. At Devaux, these resources meet the requirements of the cellar master. “We are lucky to have several vineyards available to us, unlike winegrowers who are confined to a single area”, explains the company's export manager. “We carry out a great deal of work in selecting parcels, in order to align as closely as possible with the ethos of our cellar master”. “The current context is one where the consumer is looking first and foremost for what I call product truthfulness”, comments Marc Ferté. “Co-operatives have a role to play, especially through this great history of blending that others cannot show off”.

To gain a foothold in foreign markets, the co-operative wineries therefore focus on education. “It is also our role”, explains Jean-Noël Girard. “If you seek to create a single appellation, you need to explain that there are four main sectors in Champagne, you need to give an idea of the region. The festive side is important, but we must also make people aware of the typicity of our wines, our vineyard sites and our grape varieties”. Devaux's export manager throws in plenty of anecdotes to attract consumers' attention, in particular by teaching them that red grape varieties can be used to make white wines. “Our goal is to associate the Devaux brand with Champagne in the minds of consumers, and if the brand helps them learn new information about the region, then so much the better. We also insist on the fact that our brand belongs to winegrowers. They are very receptive to this people dimension, to passing on Champagne's values”. The technique is also rolled out by Esterlin, which organises tastings and masterclasses for its trade partners during its export tours.

The farther away the markets are from France, the more important the role of the influencers – the sommeliers, wine merchants and exporters - in the development of the co-operative brands. “In countries where knowledge of Champagne is still limited, the only buying cue is the brand's reputation and the availability of the product”, claims Jean-Noël Girard. “Our production is much more limited than that of international brands with a strong reputation. We are not looking to fight them”. Devaux works with traditional networks capable of targeting a discerning clientele who are already familiar with the appellation, while Collet diversifies its outlets by also addressing chefs, who like its food-friendly Champagne. To compete with the Champagne behemoths, co-operative wineries rely on the quality of their wines to carve out a place for themselves in the market. “Wine is always the priority”, confirms Frank Lesterlin. 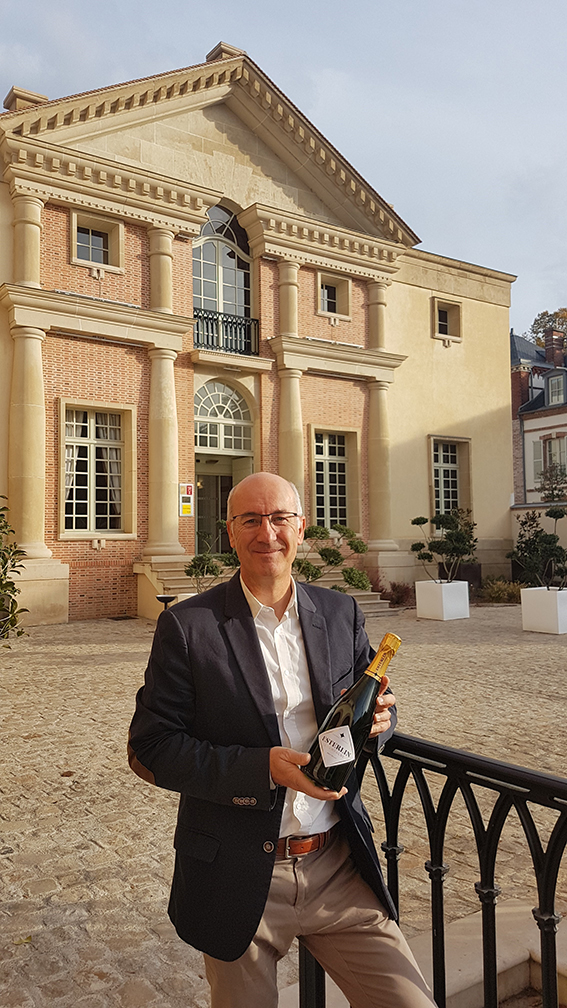 Frank Lesterlin, who heads up Champagne Esterlin, is a firm believer in the concept of wine co-operative, both in France and in export markets

A single range for France and export markets

At Esterlin as well as Devaux, Collet and De Saint Gall, the marketing strategy revolves around a conscious choice where the export range is exactly the same as the one for the domestic market. “To exist as a brand, you have to push your product towards the consumer instead of adapting it”, explains Bertrand Glory. “It would be dangerous to misrepresent its quality. We prefer to promote our wines as they are, as we do in France, and educate our customers about Champagnes with dosage and vintage statements, and the finesse of the bubbles”. The same choice applies to Esterlin. “Ours is a deliberate and conscious choice”, says its managing director. “Some areas have a greater affinity with Champagnes that have higher or lesser dosage, but that doesn’t mean we turn the Brut into a Demi-Sec”. The brand makes some minor adjustments to its terminology in a few South American countries. “The Demi-Sec is called Suave, but it's the same wine. We still come from Champagne!” “We must differentiate ourselves from the major brands”, says Jean-Noël Girard. While Devaux has also decided to supply the same range as in France, the export director is keen to focus on his flagship labels, gathered in the D Collection. Matured for five years, these single varietal Pinot noir Champagnes sold in a box set offer “another vision of Champagne. Collection D is more expensive, but it has many points of differentiation: it is important to attract a consumer who is not familiar with the brand”. 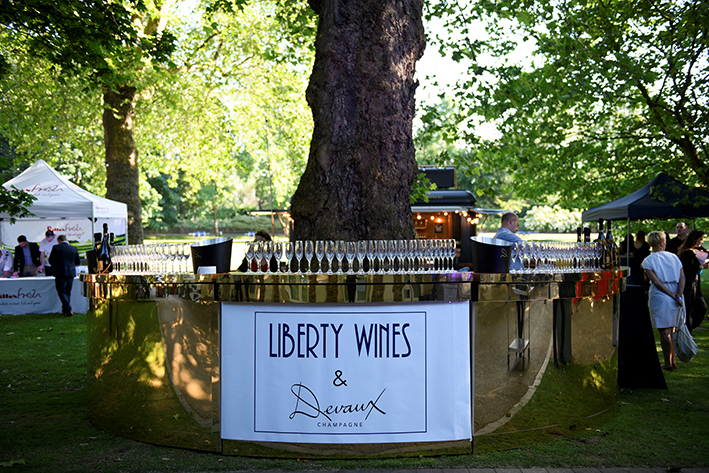 Abroad, Devaux is increasingly working with traditional channels, including firms such as Liberty Wines,
a prominent importer in the United Kingdom

The strength of tradition

From Hong Kong to the Maldives, Taiwan, India and Singapore, Devaux's angle of attack seems to be reaping rewards. “We are seeing more inquisitive consumers in these markets. The dominance of the market leaders is decreasing compared to their rivals. New brands are coming in”. However, most of the company's exports are to more traditional countries, such as the United Kingdom and Europe. At Union Champagne, the belief is that “we are not here to open up new markets”, and certainly countries that traditionally buy Champagne, such as the United States, Germany and Italy, have reserved a warm welcome for De Saint Gall brands. From the headquarters of Collet in Ay, Bertrand Glory describes a similar situation. “The first Champagne companies gained market shares. The current Champagne proposition allows us to continue to boost these markets”. It is no accident that co-operative brands share the same hunting grounds as the winegrowers and shipping firms. Collet exports 56% of its volumes to around 40 countries, including the long-standing Champagne markets such as the United Kingdom, Benelux, Scandinavia and Japan. “We work in a fairly traditional way”, confirms Frank Lesterlin. With a third of its wines sold in export markets, a proportion the company would like to increase to 50%, Esterlin hopes to gain a foothold in the United States, Scandinavia and Asia, “areas that show an interest in Champagne”. This ambition should be supported by the appellation’s performance in these markets. In 2017, Champagne exports posted an increase of 5.4% to the United States, 18.3% to Japan, 15.5% to Australia and 23.7% to the Chinese region, while the co-operatives secured an 8.9% share of total Champagne shipments by volume.

By Olivia Jouen – Photographs: Courtesy of the brands