On July 19th 1984, the first Cape Wine Masters, Duimpie Bayly, Bennie Howard and the late Tony Mossop, graduated in Stellenbosch in the Western Cape in South Africa, albeit a year after they completed their final exams. The graduation ceremony took place in the office of Godfrey de Bruyn, the Chairman of the Cape Wine and Spirit Education Trust. The Cape Wine and Spirit Education Trust was started to coordinate industry training and education, and to confer the CWM diplomas. Not more than 20 people were present at the office located in Stellenbosch’s oldest street to witness the handing over of the diplomas to the three new graduates.

Years after the prestigious occasion, the title of Honorary Cape Wine Master was awarded to Dave Hughes, Phyllis Hands and Colin Frith. They were given the status because they oversaw the CWM programme’s first 12 years of examinations, and for the ground-breaking work done to start the CWM programme. Dave Hughes was Head of Consumer Relations at Stellenbosch Farmers Winery at the time, with overall responsibility for the CWA, and had a wealth of wine experience. Phyllis Hands had been the Principal of CWA since its inception in 1979, she was renowned for her wine knowledge and industry training. Colin Frith was appointed as a wine buyer at SFW in 1982. He brought with him a huge amount of knowledge about international wines and a vast background in the UK retail trade.

Founded in 1979, the CWA is recognised as the official wine education and training institution for South Africa.

With 102 graduates to date, the Institute of Cape Wine Masters is growing steadily in numbers, but remains quite small due to the high standard maintained through the examination process.

Today, with a younger group of CWMs actively playing a role in the institute, there have been positive developments among the institute’s members. New marketing drives, engaging in social media outreach, a website overhaul (www.icwm.com) and a wider presence in the industry are just some of the ingredients of its recipe for growth.

Earlier in 2019, Cape Wine Master Francois Bezuidenhout was appointed as the first South African portfolio taster for Gilbert and Gaillard magazine. The position was a done deal as the South African wine portfolio has expanded significantly in recent years and the wines had to be reviewed regularly. Previously tasted by a panel chaired by Matthieu Gaillard at the Stellenbosch office, Francois will now be tasked with the role. “The experience he brings to the team and his knowledge as Cape Wine Master is what we need on the team to grow our brand in South Africa,” says Matthieu. “A taster who understands the South African wine landscape and nuances of the industry’s changing styles is important to us.” 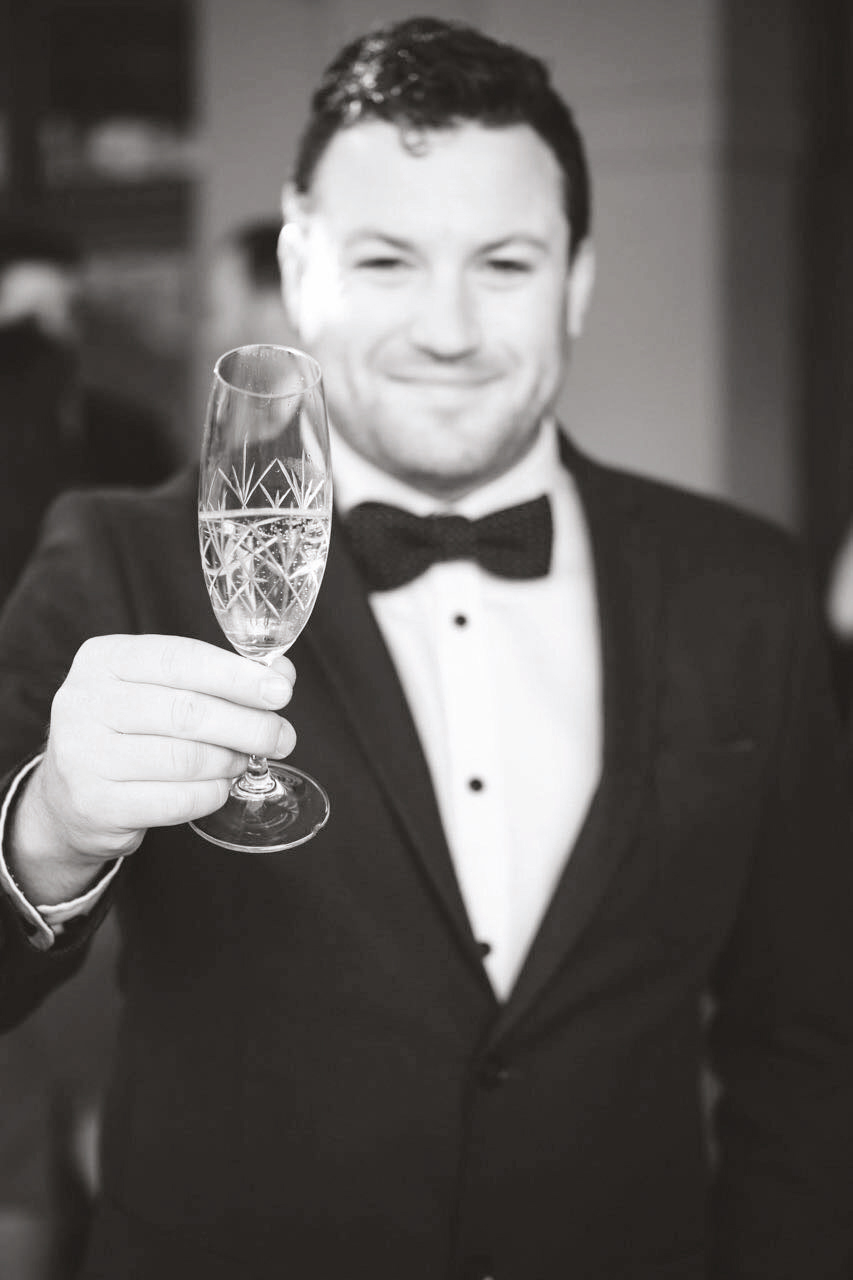 “Gilbert & Gaillard publishes a wine guide & a wine-themed magazine that appeal to a variety of consumers around the world. Leopard’s Leap is proud to be part of such a global movement and that is the reason why we participate in this competition,” says marketing assistant Melissa Bower.

“Leopard’s Leap sees the value of associating with Gilbert & Gaillard as we like to keep up-to-date with our international consumers and competitors. We believe that by winning awards it sets us in a favourable position and makes consumers aware of our excellent wines at exceptional prices,” she adds.

“This has only been the second time that we have entered the competition,” continues Bower. “We like to reap what we sow – great wine that is rewarded and recognised. We will continue doing this in the future.”

“At the end of the day, the aim is to produce good quality wine that becomes a household brand, simply because it satisfies the consumer’s taste for life as well as the occasion that pairs with it. Gilbert and Gaillard helps us achieve exactly that.”

Bower concludes: “While we believe in our own quality and style, we also believe in bench-marking alongside leading brands as well as keeping abreast of consumer trends. Entering for awards allows us to do that.” 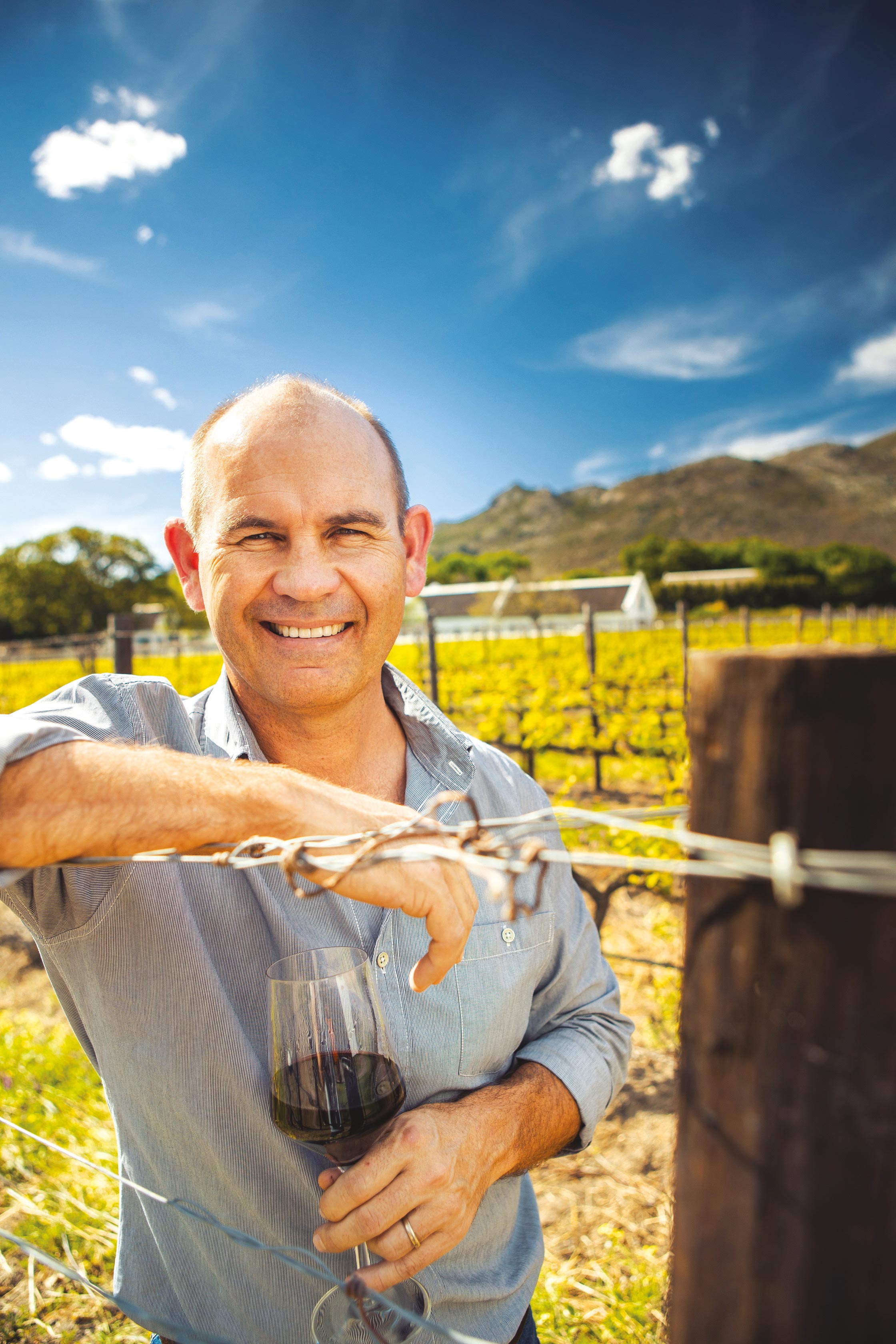 Situated in the beautiful Franschhoek Valley in South Africa’s Cape Winelands, La Motte is home to the finest wines, recognised internationally for exceptional quality. With its picturesque setting, traditional cuisine and historic charm, La Motte is an enchanting choice for those who appreciate the finer things in life.

La Motte was acquired in 1970 by the late Dr. Anton Rupert, an internationally respected industrialist who established a global business empire, and was held in high regard as a committed conservationist. A major development, restoration and conservation programme followed, which reinvented La Motte into a leading global wine producer and sought-after tourist destination. Vineyards have been progressively replanted with noble varieties, the latest viticultural practices have been introduced and a modern cellar has been built.

Environmental management is a high priority at La Motte and is factored into the long-term strategy as well as daily running of the estate. Examples of environmental care include the protection of precious natural flora known as ‘fynbos’ on the adjoining Wemmershoek mountains and adherence to organic principles in the production of grapes, flowers and ethereal oils.

La Motte is owned by Hanneli Rupert-Koegelenberg. Formerly one of South Africa’s leading mezzo-sopranos, she is also the inspiration behind La Motte’s programme of Classical Music Concerts presented from the Historic Cellar on the estate. Hein Koegelenberg is the Chief Executive Officer of La Motte Wine Estate and is married to La Motte’s owner, Hanneli Rupert-Koegelenberg. His passion for wine and tourism is reflected in the estate’s wine accolades as well as its internationally acknowledged tourism offering.

Award-winning cellar master, Edmund Terblanche, believes that the first priority in wine-making is to make the most of what the grape offers naturally. Individual care is taken with the hand-selection of berries and well-considered barrel maturation.

La Motte wines are distributed internationally with international sales accounting for 40% and domestic sales 60% of all transactions.

Other than being regarded as a quality wine producer, La Motte is acclaimed for its exceptional wine tourism offering that extends to a variety of estate-based experiences such as the acclaimed Pierneef à La Motte Restaurant.

La Motte exports to more than 40 countries. While much of the focus has been on traditional European markets, the brand has been part of the family portfolio that has successfully opened the doors for South African wine in the Far East, including China. At the moment, the company is excited about new endeavours in the USA.

With top brands such as La Motte and Leopard’s Leap participating in our annual ratings, we are confident that the Gilbert and Gaillard brand will go from strength to strength in the South African wine industry.

By Francois Bezuidenhout CWM – Photographs: Courtesy of the estates