400 km northwest of New York City, just south of Lake Ontario, are 11 small, long, parallel lakes called the ‘Finger Lakes’. What kind of fantastic creature has so many fingers on it? The mind boggles! Long considered unsuitable for wine growing, the region now aims to become the leading wine region on the American East Coast.

Although the Finger Lakes region is located along the 42° North latitude (about the same as Bastia in Corsica), the climate bears no resemblance to that of Corsica. Admittedly, the summers are hot and sunny, generally followed by a pleasant autumn, but the winters are harsh. The sky is often overcast and the temperature can drop to -20°C for several days in a row! Rainfall is fairly well distributed, but significant at 700 to 800 mm per year.

Despite these conditions, settlers moved to the area relatively early on. At the turn of the 19th century, many farms were successful in producing fruit that was shipped all over the then-booming East Coast. The advent of the railway, then the opening of the Erie Canal connecting the area with New York, brought prosperity to these producers. The city of Geneva with its affluent 19th century town houses bears testament to this. Vineyards, which emerged in the 1860s, were limited to the local varieties vitis labrusca and vitis rupestra. These distant cousins of the European vine vitis vinifera are slightly more resistant to the winter cold.

But they produce a particular flavour with a predominant sweet candy edge, sometimes like strawberry tagada sweets, because their juice is not very acidic. Americans enjoy them as table grapes, in juices or jams. Crossed with the European vine, cold-resistant hybrids that are halfway towards vitis vinifera in terms of flavour were developed. However, the wines were often fortified with white spirits and sold in large 3 or 4-litre bottles. These ‘jug’ wines were therefore more suitable as quaffers than as wines that would satisfy discerning palates. 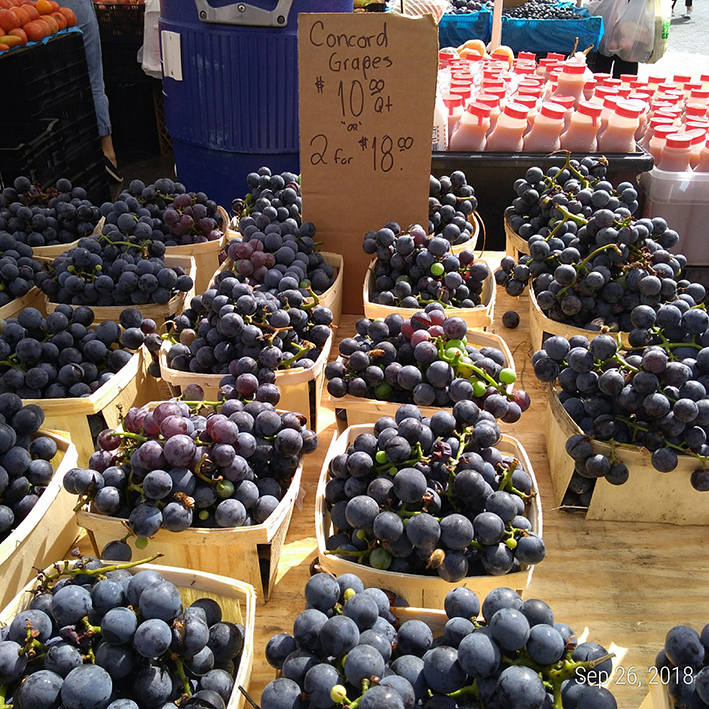 A Russian emigrant from a German-speaking minority, of which there were many at the time, would subsequently bring about a sea-change. Dr. Frank, who had managed a large winery in Soviet Georgia, thought that if local attempts to plant vitis vinifera had been unsuccessful, it was more because of the presence of the phylloxera aphid in the soil than because of the harsh climate. The European vine therefore had to be grafted onto a resistant rootstock - as the local vines are - and vineyard management techniques suited to the cold had to be implemented, as he had done in Georgia. Although the idea had been floated, it was his perseverance that paid off. Having convinced Charles Fournier - former cellar manager at Veuve Clicquot - to do this on a few vines at the Gold Deals estate, the vines survived the particularly harsh winter of 1956-57.

Subsequently, Dr. Frank acquired land to establish his own estate: Dr. Konstantin Frank Vinifera Wine Cellars. A few years later, it produced its first vintages. Other ‘wineries’ would also embark on a similar adventure, including the one founded by Hermann Wiemer, an emigrant from Germany’s Mosel in the 1960s. There was also Johannes Reinhardt, another German emigrant who joined Dr Frank in 1998, before becoming the winemaker at the Anthony Road winery; he now owns his own estate. There are currently more than 140 farms in the region.

A period of adjustment

The grape varieties chosen are essentially from northern Europe, spearheaded by Riesling, which has established the reputation of the local wines. But there are also Chardonnay, Pinot Noir, Cabernet Franc and other grapes. As with any trial period, estates test many grape varieties - Dr Frank had more than 60 at one point.

The plots must be located less than 1.5 miles from the lakes to benefit from their ‘thermostatic’ effect in winter. During the winter season, there is no choice but to bury half of each plant to protect it from the cold, with the soil removed in the spring. The vines are pruned with two canes, in case one of them dies from the cold - an old Champagne and Burgundy technique. Finally, in some very exposed plots, turbines are permanently installed to disperse pockets of freezing air.

High rainfall brings yet another challenge, sometimes compounded by slightly clayey top soils, and therefore systematic drainage is mandatory. As a rule of thumb, one pipe must be installed in every other vine row.

Work in the vineyard is hard. As is commonplace all over the United States, despite wages of around $15 an hour, only Mexican workers with special visas are willing to do the work. In the winery, resourcefulness is also sometimes needed. To save money, red wines are often fermented in large wooden crates covered with a neutral material. 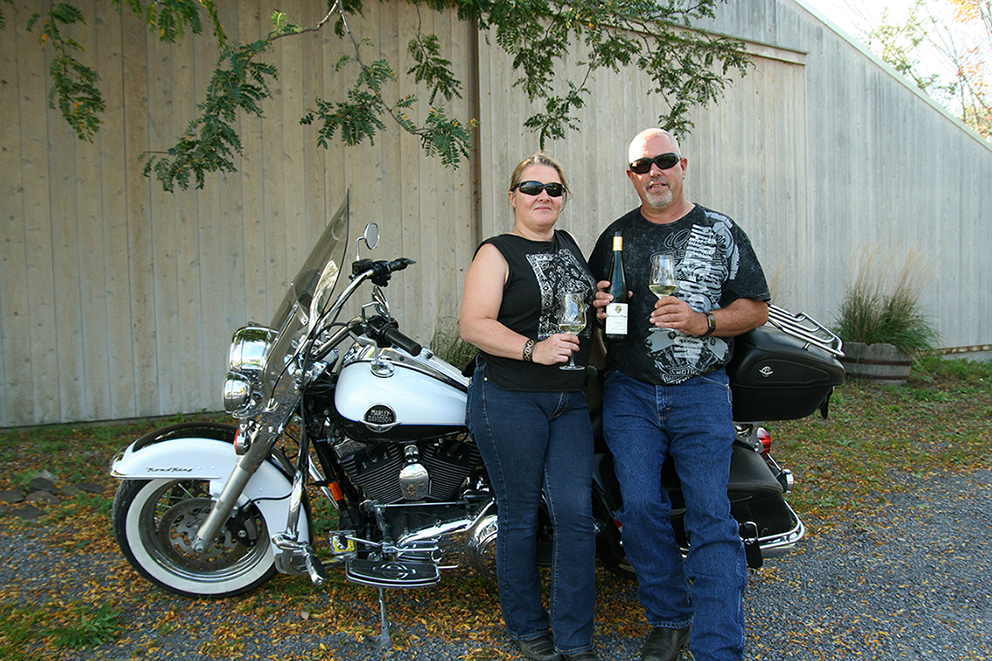 Suzanne & Steven Countrymen are going to taste the wines.

A new take on the wines and sales

Riesling, due to the climate, has high acidity (its pH varies from 3 to 3.3). To counterbalance this, wines often contain a little residual sugar (8 to 9 g/l). However, originally intended to appeal to the American’s ‘sweet tooth’, the style is currently changing. The incredible popularity of wine amongst Americans – the States are, after all, the world's leading consumer country and 4th largest producer –  has prompted a move upmarket. Sweet wines are now falling from favour and the preferred style is towards increasingly dry profiles.

The Finger Lakes are on the road to Niagara Falls and they offer wonderful scenery, particularly when the forests don their glowing autumn tones. Winery tastings have become very popular. Americans come from all over the country to improve their knowledge and buy wine. Consequently, direct to consumer sales account for 50% of volumes at Hermann Wiemer and 30% at Dr Frank’s, for example. With their tasting rooms overlooking the vineyards or wineries that are open to the public, winegrowers have become past masters at attracting visitors. Also, wine clubs that are run on a kind of subscription basis offering discounts, are playing an increasingly important role in creating a loyal following.

The area has a regional AVA or American Viticultural Area - ‘Finger Lakes’. Then, some of the lakes have their own AVAs such as Seneca Lake and Cayuga Lake. But as AVAs, unlike appellations, do not come with any specifications conducive to the quality or style of the wine – there are no recommended grape varieties or maximum yields for instance – it is much more preferable to trust individual estates and winemakers.

By Alain Echalier – Photographs: Courtesy of the estates